Inquirer article about the Barrymores

Great article in the inquirer about the Barrymores. Congratulations to John Zak - for the award - and for a great acceptance speech.

Apparently before I lost my shit following the memorial montage, I at least had my act together enough to be quoted - albeit with a misspelled name. -sigh- 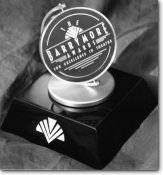 It's way too late to be writing.

I have a throbbing headache and feel like shit. Lots of crying today. First day in a while that I've been "in it."

Tonight was Philly's Barrymore awards to honor Philadelphia Theater. it's like the Tony's ... but in Philly. ComedySportz was recognized with an honorary award for the 15 years of on-going performances every Saturday night. It was a beautiful thing to receive.

What sucked was that immediately after our acceptance speech, the show went into their "tribute to those who we've lost in the past year." and the fucking montage started with Mike. Not only that, but they had some guy singing some really sad song to accompany the freaking montage. Fucking A, right? So, I'm backstage with the CSz owners, looking at the projection screen from the wings and the whole thing was surreal.

You know when you watch the oscars and they do that long-ass montage tribute to people who have died. You know... OLD people... who had long careers. Old famous people. Not your husband. Not the person who you snuggle with in the middle of the night when it's too cold. Not your son's father. Not your smoosher who would call to let you know he'd be a little late coming home from work cause he was going to get the old changed in his 96 Saturn.

It was all just too much. Mary Carpenter stood with me as I lost my shit in the bathroom.

Thank gosh for the people who hold me up. Without them, I would most certainly fall down.
Posted by Danna at 12:13 AM 6 comments: 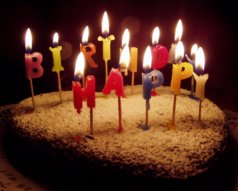 I hate referring to him in the past tense. I find myself talking with strangers as though he’s just waiting for me at home. Yesterday, the cashier at the grocery store was talking about her niece’s relationship with a much older man and I said, “My husband and I always joke about our 9 year age difference. Just to annoy him I round it up to ten!” And somewhere inside me was a sinking feeling like I’m the weird lady with the dead husband who insists on talking about him in the present tense. I think if I talked about him in the past tense, people would think we were divorced – and I hate that. We’re in love. We didn’t break up. He was taken from me. It’s different.

I’m in a very weird place right now. Sympathy cards have all stopped coming in the mail. No more flowers. No more old pictures of Mike in my email inbox. Just Bax and me trying to take one day at a time. Everyone is moving forward. Our pregnant friends are getting closer and closer to giving birth to babies that Mike will never know.

And yet, I do I find myself looking ahead in the direction of good things to come.

I had an inspirational conversation with amazing woman yesterday. Her name is Sue and she is a friend of a friend. Sue is in her forties and lost her husband of four years to cancer when she was 30. She reached out to me to tell me that it does get easier and that there is a new life waiting for me. Sue is now happily married with a seven-year old daughter. She’s fun, energetic, and has a light about her. Talking to her helped me feel confident in my future happiness. It was also just powerful talking with someone whose experience is so similar to mine. She understands all the trappings that come with it. Being lonely and wanting to be with someone – but not wanting to betray the memory of the person you’re with. Being friends with mostly married people who you love, but who you don’t want to burden with your “third-wheelishness.” Wanting to do anything that feels good in excess – hence my rediscovered habit of smoking evening cigarettes – a pastime that I perfected during my year in France.

And now I find myself, for the first time in a very long time, allowing myself to be attracted to other people. People who are alive. People who aren’t sick. Suddenly, I’m in the present, inhabiting my own physical body – not just my mind.

I find that it’s the promise of a possible “something” in the future that is bringing me back into my own skin.

I know friends and family worry about my experiencing any more pain or loss. They don’t want me to get involved in some avoidable train wreck – which, let’s face it, is the most likely outcome of anything more than friendship right now. But emotional train wrecks involving lust and love - the fear and vulnerability that accompany any kind of attraction to another person – these are what make us alive.

Daydreaming about the “what ifs” in a positive way makes me feel young again. I remember sitting on my parents' deck, looking out at the mountains dreaming about the boy I loved in the summertime. Reveling in the melancholy of unrequited love. I used to think that those moments were filled with pain. That wasn’t pain. That was the essence of the human experience. Anxiously awaiting that phone call, running with anticipation to the mailbox in search of letters with a specific return address.

This is how I spent many of my days, until Mike and I fell in love, at which point the “what if” became “what is.”

But being back in that place, considering the many possibilities of intimate connections ahead of me, playing out the infinite scenarios in which I might connect romantically to another person, feels so therapeutic to me. It’s like coming home.

So, regardless of what direction my life takes me – please don’t worry for me. If I eventually connect with someone only to have it end in tears, at least I’m alive.